As a solo female traveler for the past 5 years, I have gone through my set of scary travel experiences. So today I am sharing two scariest travel stories that happened during the early days of my traveling. Hope you get the kick out of it!

Usually, girls ask me if solo traveling is safe. I would say as solo female travelers anywhere we travel we have to follow the general rule of thumb. Don’t walk that dimly lit alley on your own, watch your drinks, don’t discuss politics or religion, dress politely, and respect the culture. I would say usually people are good. So don’t let the fear get you, don’t be afraid be cautious. With that said, let’s begin travel horror stories.

The first travel horror story I would like to share is the one when I was flying from Helsinki, Finland to Milan, Italy. It was supposed to be one direct flight and here is what happened.

I was staying in the outskirits of Helsinki which meant I had to leave super early in the morning to catch the bus to the train station. When I was at the bus stop, I noticed the busstop glass wall was all crushed on the floor! I am not being superstitious but in Nepalese culture that is a bad sign.

Anyway I got to the train station but because everything was in Finnish I couldn’t figure out which platform to go to. So I showed a local person screenshot of my flight on the phone and asked airport, platform? He nodded and directed me to the platform for Airport.

Arrived at the airport and there was a big screen with all the flights on it but I couldn’t find my flight there. So I looked for the help desk and asked them. The lady at the desk said, it should come up soon just give it some time. I waited for 30 mintues still nothing. i went to the desk again and then she asked me for my flight details. I gave it to her and then I was notified i was at the WRONG AIRPORT!

Apparently, Helsinki had 3 airports! It was back in 2015 and I had turned up at the wrong one. Although the local person sent me to the airport it was the wrong one. The worst part was the correct airport was hours away and if I were to get on a train or take a taxi out there; it would cost me more than the flight itself! Plus I would probably not make it on time.

The only solution was to book a new flight for the same day or go back to the city and come back with another flight another day. I had already arranged my accommodation for Milan that night and I did not want to cancel it. Plus there was no reason for me to stay longer in Helsinki. So I started looking for other flghts to Milan for the same day but unfortunrely there were no direct flights. I found one flight with British AIrways, I would transit at Hethrow AIrport then to second flight to Milan but it would only fly out at night time… I had been up since 6 AM that day and hadn’t drank any water or eaten much all day.

The next thing I know I find myself lying on the ground and vaguely remember what must have been a few minutes ago when I was getting up from the chair; I’d instantly crashed on the floor FAINTED in my face instead! That was/is one of the scariest travel stories of my life because it all happened so quickly. I didn’t know how or what to do! I also didn’t even have travel insurance. I was a bit shocked.

Probably all the stress of solo traveling was getting to me…but I had no option to visit the hospital at that time.

So I console myself, cut my losses, and booked the flight. Ate something small at the airport and just hung around and waited to board this flight. I thought it can’t get worse than this. That is it, just need to get on this plane.

Then guess what happens next?!

No i booked it for the right airport. No the flight didn’t get cancelled but it was delayed. How long? Who knows!

I was starting to get stressed and frustration was an understatement. Then after about 40 minutes, everyone started boarding the plane. Phew! Onto the plane and I thought that IS IT. I am landing in Milan and going to bed straight.

Then I quickly realized I had transit in Heathrow AIrport and because the plane was 40 minutes late; time was tight to catch the next flight. I voiced it to the Flight attendant and she moved me to the business class towards the end of the trip. So I could walk out among the first which I did. And I RAN like i had never ran before; ran across the airport with my backpack. Mind you I had never been to Heathrow Airport before and wasn’t sure where’s where. Finally when my feet found the boarding desk the lady told me – You are a minute late! Plane is full checked in and we can’t let you board. It is a little too late!!

I mean it was a minute! I couldn’t believe what was happening!
This day was just getting worse. Now am i sleeping on the airport? how am i going to Milan now? Is anyone going to help me?

The lady at the desk advised me to speak with the AIrline at the other counter. So I did but they werent budging to help me at all! After a 30 minutes of back and forth conversation, the manage came out and resolved the matter.

He handed me an envelope with a bus ticket, hotel ticket, and meal coupon for the night! He advised finding this bus outside the Airport which should take me to the hotel.

I got outside at the bus stop and saw a fellow traveler with a backpack and morocco pants. So we started chatting, I shared what had just happened and she told me how her morocco trip was etc.. I had been to Morocco only a few months prior so it was good to hear from someone who visited recently. Then a big bus rolled pass us and i realized it was the bus i was supposed to be in!

OMG I wanted to die at this stage. This day was getting so long. The girl left as her bus arrived but I ened up waiting in the rain for another 20 mintues.

When I got to the hotel, I was so mad at myself. It was all my fault how this day had tured out, and how I had wasted a plane ticket + Milan accommodation. And when I am mad at me I obvisouly can’t slap myself so I fill myself with food. It was a buffet dinner so, I got myself 3 plates full of food and the waiter goes are you sure you are going to eat all that? I replied, Yes and please don’t disturb me!

Needless to say, I felt sick afterwards but also grateful I at least had a roof over my head and a bed to sleep.

Not knowing when this long day was ending was the scariest part of it.

One day in Pakistan

It’s not about essential items stolen or an awful accident, it’s about being stranded all alone and cheated by an airline that was selling the plane ticket that DIDNOT exist! The second scariest travel stories I am sharing today.

It was the last day of my Pakistani visa, and I had arrived at the airport to leave the country in the wee hours of the morning but the armed guard wouldn’t let me enter the airport check-in area because he said my flight does not exist!!! I showed him the return ticket I had bought on my phone but he said no and wouldn’t let me go check in! They were armed and abrupt so I was hesitant to argue with them.

All he said was go to the Airline counter and talk to them. I looked around me all I could see were local Pakistani people looking at me strangely as I was about to burst into tears. I did not know anyone in that city and it was 3 AM.

As I travel I respect every country and never have I ever overstayed or anything like this happened to me before. So I was in panic mode by now as I really didn’t want to miss that flight. Even writing this now I can feel the helpless emotions I left then. No family to help me, no friends to talk to, not even a single fellow traveler. Noone..and it was still pitch dark, just me carrying my backpack and walking almost running around the airport to find the airline counter.

When I get to the Airline counter and explained the situation, the man said they haven’t flown that route for the past 6 months and he isn’t able to do anything!!! Then why were they still selling the ticket??? (I had purchased this only a month ago!)) I asked to speak to the manager or someone that had the power to DO something here. He said he will contact the call center and get me to speak on the phone. I had to repeat the story once again but with no luck. The person on the other end of the phone said they can’t do anything because they have not flown this route in 6 months and is not aware of how they were selling it online! I couldn’t believe what I just heard!

So then have I being scammed? Now am I overstaying my visa? Will I be fined? How much? How can I leave now? So many things were rushing in my mind and there was no one to help me.. Feeling helpless at 3 in the morning is what makes this one of the scariest travel stories.

I was asking for a solution and no one provided any assistance. All I got was a no.. I didnt know anyone…

All I could do was talk to the person at the counter again. After multiple attempts and almost tears in my eyes trying to explain my situation, he said the only solution is to buy another ticket and leave. There was zero customer service, inconvenience they caused me, refund, or anything of that sort. Nothing.

In the end, I had to cut my losses and buy another ticker from another airline from the same airport to fly out the same day. It ended up costing me double the price to get out of Pakistan on the last day of my visa. The lesson learned was never to book Pakistani International Airlines.

Beside this bitter experience, I had a great time traveling Pakistan from the south to all the way to the north and back.

I hope you enjoyed these personal scariest travel stories!

Be safe out there on the road x 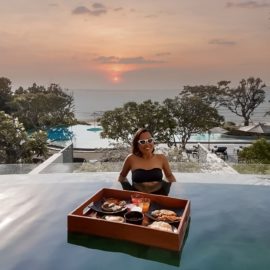 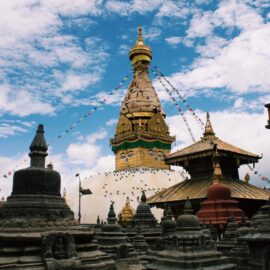 Travel to Nepal during Covid 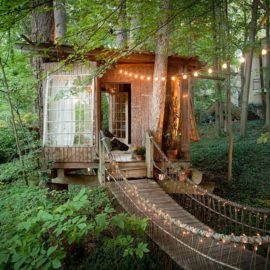 How to get a discount on Airbnb and Tips

12 thoughts on “Scariest travel stories in Helsinki and Pakistan”